Leona Lewis thinks her friend and mentor Simon Cowell will go ''soft'' when he becomes a father for the first time. 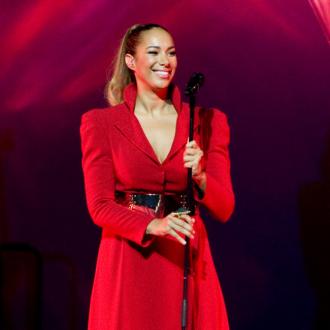 The 'Bleeding Love' hitmaker thinks the music mogul - who was her mentor and led her to victory on the 2006 series of 'The X Factor' - will be a ''good dad'' when girlfriend Lauren Silverman gives birth to his first son next year.

She told MailOnline: ''I think he's going to be a good dad. My brother became really soft when he became a dad, and what happened to him will probably happen to Simon.''

Despite Simon helping guide her career, Leona now looks to him as more of a ''friend'' than adviser.

She added: ''He's become more of a friend than a mentor. He likes Jo Malone - maybe I'll get him a nice big old candle for Christmas.''

The 28-year-old star - who will release her fourth album, 'Christmas With Love', later this month - is now looking forward to the festive season and says she loves to have a ''normal'' relaxed day.

She said: ''I'm still figuring out where I'll be for Christmas, but I'm usually in Wales with my family. I like a natural, normal Christmas with my friends and family. I like to chill really - it's normally a PJs day!''