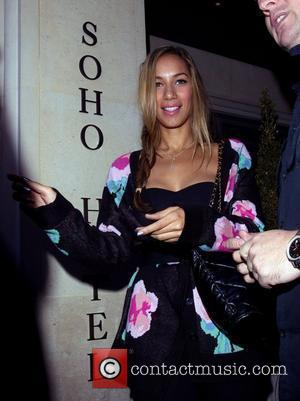 Picture: Leona Lewis leaving the Soho hotel ahead of her concert at the O2 tonight. London, England - 16.06.10

Leona Lewis stunned fans at her London show on Wednesday night (16Jun10) by welcoming GLEE star Matthew Morrison onstage for a duet.
The Bleeding Love hitmaker and Morrison enjoyed a night out in the U.K. capital earlier this week (begs14Jun10), and they cemented their new-found friendship by teaming up at Lewis' O2 Arena gig.
The pair sang Somewhere Over The Rainbow to rapturous applause from fans - a song which Lewis branded "very special to both of us".
The singer performed the track on hit talent show The X Factor, which she won in 2006, while Morrison sang the track in the season finale of Glee.
Morrison told Lewis before their duet, "You look very beautiful tonight", before telling the crowd "I have to say, London girls in general look beautiful."