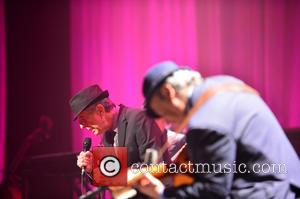 Veteran singer Leonard Cohen has pulled out of two upcoming concerts due to religious reasons.

The Hallelujah hitmaker is rescheduling gigs in Leeds, England and London on his upcoming U.K. arena tour as they coincide with two holidays in the Jewish faith.

Cohen, who is Jewish by birth, was due to play Leeds' First Direct Arena on 5 September (13), during the two-day Jewish New Year celebration Rosh Hashanah, but the concert has been moved to 7 September (13).

His gig in the British capital's O2 Arena was scheduled on the Jewish holy day of atonement Yom Kippur on 14 September (13), but the gig will now take place the following day.

A statement from promoters Aeg reads, "We at Aeg, and Leonard, apologise deeply for the inconvenience this will cause, and we hope and trust that the reasons for the changes will be understood."