From Hello Caitlyn Jenner To Goodbye Leonard Nimoy: The Best And Worst Of 2015

By Holly Williams in Lifestyle / Showbiz on 14 December 2015

Bring on another eventful year with 2016.

Is it just us, or has 2015 gone by really quickly? Either way, the year is coming to a close and it's been pretty eventful to say the least. Here's a break down on just a few of the things that have happened this year in the world of film, music and entertainment. Eddie Redmayne wins big with 'The Theory Of Everything'

January: The biggest event of the beginning of the year was, of course, the Golden Globes; an event that this year saw success for 'Boyhood' and Eddie Redmayne following his part in 'The Theory Of Everything'. Julianne Moore won Best Actress for 'Still Alice'. The rest of the month was a bit of a low; record producer Suge Knight was arrested following a hit and run incident (and later jailed), Nick Cannon filed for divorce from Mariah Carey, and Bobbi Kristina Brown was found unresponsive in her bathtub.

Continue reading: From Hello Caitlyn Jenner To Goodbye Leonard Nimoy: The Best And Worst Of 2015

There's a lot more to Leonard Nimoy than Spock.

He may have become best known as 'Star Trek's' Spock, but Leonard Nimoy, who has revealed he is suffering from chronic lung disease has had a long and varied career. From directing to writing and some even stranger things inbetween, there's a lot more to know about Leonard Nimoy than simply his 'Star Trek' alter-ego. 1. He’s an accomplished photographer
Nimoy first became interested in photography in his youth, and then went on to study it at UCLA, after his initial run as Spock. Nimoy’s work has been widely exhibited all over the world and in 2007 he released the book ‘The Full Body Project’, a collection of photographs of naked plus size women.

2. After 'Star Trek' he opened a pet store
After 'Star Trek' and 'Mission Impossible', Nimoy fulfilled a life long dream of opening a pet store. 'Leonard Nimoy’s Pet Pad' in the San Fernando Valley, focused mainly on exotic animals and stocked chipmunks, monkey, crocodiles and  boa constrictors, to name a few. When asked why he opened a pet shop Nimoy said in a 1969 article "Well, l've aIways had a thing for animals and I once worked in one to support myself between roles. And I like the kind of people that shop in pet stores.”

3. He also has a pilot’s license.
Yes the real life Spock has a licence to fly private planes and once owned his own plane that he used for ‘short trips’.

Leonard Nimoy urges fans to quit smoking after revealing he is suffering from a severe lung disease, "Smokers, please understand. If you quit after you're diagnosed with lung damage it's too late."

Leonard Nimoy, who gained worldwide fame as 'Spock' in the original 'Star Trek' television series is not well.

The 82 year-old actor is suffering from chronic obstructive pulmonary disease (lungs), a result of a lifetime of smoking.

Nimoy took to twitter to announce the news and also urged fans to stop the addictive habit before it is too late.

By Victoria Pavlova in Lifestyle / Showbiz on 08 May 2013

The first and the latest in a line of Spocks faced off in an Audi ad.

Audi’s newest ad pits Spock against Spock as Leonard Nimoy and Zachary Quinto face off in a race to the golf club. Ok, so that sounds considerably less epic than it could have been with two Spocks in the picture, but the ad isn’t half bad. It opens with Quinto and Nimoy playing online chess. When Quinto loses, he challenges his predecessor to a race - a race to the golf club, of course, in typical rich guy fashion. Naturally, while the young’un cruises along in his shiny new Audi, the original Spock struggles to ever get his old beater started. Engine troubles, exhaust troubles, even his stereo cuts out at one point – Nimoy barely makes it to the swanky golf club in one piece and when he does, Quinto is already there waiting for him, all smug and confident.

The veteran has the last laugh though, as in a nod to the beloved series, he neutralizes Quinto right at the finish line, using the infamous Vulcan nerve punch. The whole thing is full of Star Trek-related quips and there’s even a nod to The Hobbit in there – it’s basically a nerd’s dream ad. It’s quite funny too. If you don’t mind your entertainment trying to pitch you some products that is. 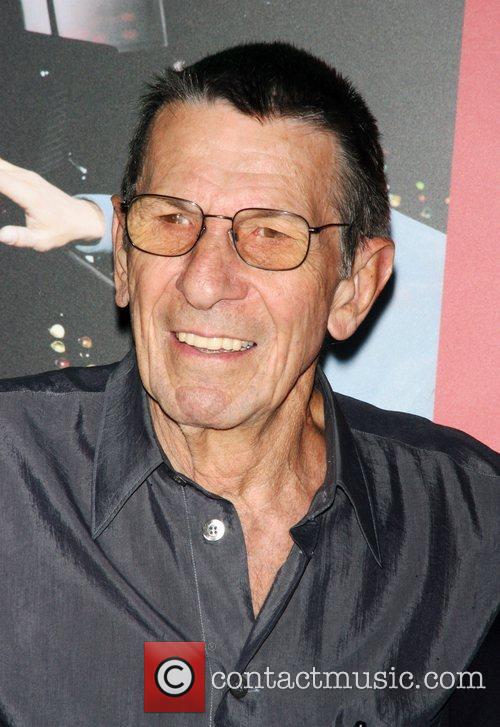 By Max Messier
Excellent
The song-and-dance numbers are out. The cheery sidekicks are nowhere to be seen. The predictable villains in black are nonexistent. This summer, Disney comes out with both guns blazing, literally, in its newest animated feature Atlantis: The Lost Empire, an imaginative and eye-popping mix of action, adventure, and sweeping vision landscapes filled with gorgeous computer enhanced animation.

By Julia Levin
Extraordinary
Legend has it that one rabbi, when coming to America, couldn't fit the Torah's scrolls into their new covers. "We can't modify the Torah to fit America," he said, but "we will tailor America to fit the Torah." A Life Apart: Hasidism in America is a thoughtful, compassionate documentary that illuminates the philosophy behind Hasidism's stubborn refusal to join the American mainstream.

Even among different denominations of Jewish religion, Hasidism stands alone, a religion of minorities among minorities. The invaluable quality of this film is that it neither critiques nor praises the Hasidic religion. For a subject matter as extreme and uncompromising as the religion itself, A Life Apart is wonderfully even-handed. Throughout the film, which starts and concludes with an exuberant wedding ceremony underlying the significance of ritual for the Hasidic community, we dig into the mystic philosophy behind the Hasidic refusal to participate in the contemporary world.