Leonard Nimoy admits he thought it was ''unfair'' to have been stricken with a smoking-related illness 30 years after quitting the deadly habit. 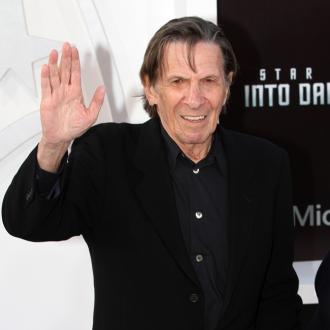 Leonard Nimoy felt it was ''unfair'' when he was diagnosed with chronic lung disease.

The 82-year-old actor recently revealed he has developed obstructive pulmonary disease, despite quitting smoking 30 years ago, and he admits he has learned a ''lesson'' about his former deadly habit.

Discussing his diagnosis last May, he said: ''I thought, 'This is unfair. I quit a long time ago. Why is this happening to me?'

''But it's a lesson that I had to learn. I damaged the lung cells many years ago and then as age begins the damage of lung cells as well you begin to feel it. So, it's something that can stick up on you later.''

The 'Star Trek' star has to carry a special machine around with him to help when he struggles to breathe.

Speaking on 'Piers Morgan Live', he said: ''This is an oxygenator. I don't carry a tank of oxygen. This machine gives me oxygen by it extracts oxygen out of the atmosphere and I get it up my nose when I need it.

''I'm still using it sporadically but a couple of years ago I didn't need it at all. Now, there are days when I needed it several times a day.

''I get short of a breath and suddenly feel like I can't get a full breath, I can't catch my breath. So, I have to go to the machine.''

Although he gave up cigarettes several decades ago, Leonard admits he was an ''Olympic championship smoker'' at the height of his addiction.

He said: ''Look, I tell people that I was an Olympic championship smoker. If there have been a championship in the addiction, I could have qualified. I could smoke in the shower. I can smoke any place.