Leonard Nimoy Set To Beam Back Up For Star Trek Sequel 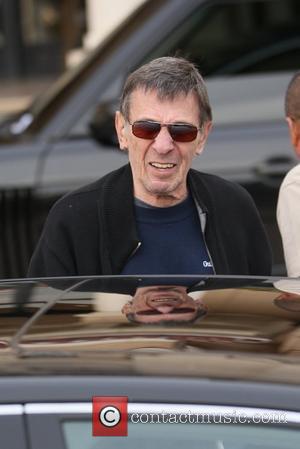 Leonard Nimoy is set to come out of retirement to reprise his Spock role in the new Star Trek blockbuster.
The 2009 sci-fi reboot cast younger actors as the series' famed characters, with Zachary Quinto stepping into the role of Spock. Nimoy still featured in the hit movie as an older version of the character, but he announced in 2010 he was retiring from acting and was happy to let Quinto take the reins of his iconic hero.
But new U.S. reports have indicated that he will star in the sequel to the reboot.
When asked by CNN whether he would appear in the follow-up, Nimoy replied, "We're talking. We're talking."
Editors at movie site Ain't It Cool News then reported they have "compelling independent confirmation that Nimoy is absolutely in the new film".
The untitled Star Trek sequel will hit cinemas in 2013.