Leonardo DiCaprio Blames Hollywood For His Bevy Of Beauties

Leonardo Dicaprio has explained why he fails to hold down serious relationships. 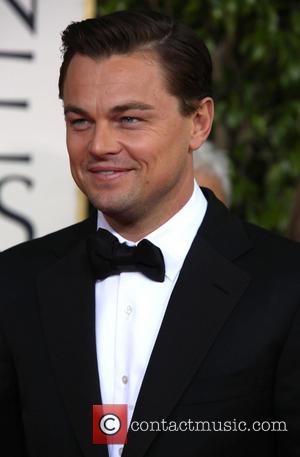 Leonardo Dicaprio has been linked to shall we say 'several' of the world's most beautiful woman. Let's just leave it that. However, the 38-year-old has been unable to hold down a serious relationship for years: why?

The 'Wolf of Wall Street' actor has reportedly dated Bar Refaeli, Erin Heatherton, Blake Lively, Aferdita Dreshaj and Margot Robbie, though he tells the May issue of Esquire that working hard and maintaining a relationship is simply not an easy thing to balance. "Six months of being on location or being off in Morocco or someplace like that is not the best thing for a relationship," he explained.

It's not difficult to take what DiCaprio is saying as the truth. He's easily one of the hardest working actors in Hollywood and since 2006 has starred in Blood Diamond, Body of Lies, Revolutionary Road, Shutter Island, Inception, J. Edgar, Django Unchained and new movies The Great Gatsby and The Wolf of Wall Street. Despite all that effort, Leonardo still regards himself as being incredibly fortunate to be in the position he's in. "I always thought of myself as the underdog, because I didn't have nice enough clothes or maybe my hair didn't look good" he explained, adding, "And so you have to understand-getting your foot in the door is like winning the lottery. It's literally like winning the lottery if you get to have a career [In Hollywood]."

The actor skyrocketed to fame after playing Romeo in Baz Luhrmann's Romeo and Juliet and Jack Dawson in Titanic. The Great Gatsby hits theaters in the U.S. on May 10, 2013. Watch the trailer below!