Hollywood star Leonardo Dicaprio is teaming up with director Martin Scorsese for 'The Devil in the White City'. 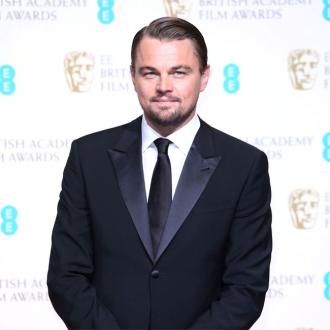 Leonardo Dicaprio is reuniting with director Martin Scorsese for 'The Devil in the White City'.

The 40-year-old Hollywood star - who's previously worked with the acclaimed filmmaker on 'The Departed', 'Gangs of New York' and 'The Wolf of Wall Street' - is expected to play serial killer Dr HH Holmes in the film adaptation of Erik Larson's 2003 book.

Dr Holmes used the 1893 World's Fair in Chicago to lure his victims to their deaths and claimed to have killed 27 people.

However, some later estimates suggested his death toll was nearer 200.

The screenplay is being written by Billy Ray, who scripted 'Captain Phillips' and 'The Hunger Games'.

In recent times, Leonardo has been balancing his movie career with his charitable work.

Last month, the actor's self-titled foundation, which he founded in 1998 to fund efforts that protect the planet and endangered species, pledged £15 million to more than 30 environmental groups ''implementing innovative and impactful conservation projects around the globe''.

He said: ''The destruction of our planet continues at a pace we can no longer afford to ignore.

''We have a responsibility to innovate a future where the habitability of our planet does not come at the expense of those who inhabit it. I am proud to support these organisations who are working to solve humankind's greatest challenge.''