Leonardo Dicaprio raised a record-breaking $38.8 million after holding a charity auction at Christie's in New York on Monday (13.05.13), with all proceeds being donated to his wildlife foundation. 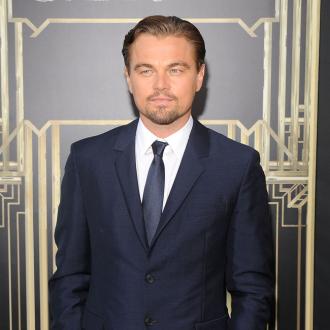 The 38-year-old actor requested specially-made work from 33 artists - including the elusive Banksy - as well as offering one of his own paintings by Andreas Gursky to sell at his 11th Hour auction at Christie's auction house in New York, where 13 of the items set new record highs.

The top selling item was an untitled, abstract piece by Mark Grotjahn which was purchased by gallery owner Larry Gagosian for $6.5 million.

Pharmaceutical businessman Stewart Rahr took away a Robert Longo tiger drawing for $1.6 million and a portrait of DiCaprio by Elizabeth Peyton for more than $1 million.

The 'Great Gatsby' actor himself purchased a Takashi Murakami piece for $735,000, while his co-star Tobey Maguire - who had attended to show his support - spent $262,500 on a Serhej Jenson item.

A source has described the event as ''the biggest auction to benefit the environment ever'', with other famous names in attendance including Bradley Cooper, Salma Hayek and her husband François-Henri Pinault, whose family own the auction house.

All proceeds raised will be used by the Leonardo DiCaprio Foundation to protect endangered species, such as tigers, sharks, and rainforest habitats - and each of the artists were given the choice of an animal or wildlife theme to inspire their artwork.

At the auction, DiCaprio told those in attendance there are only 3,200 tigers left in the wild and a startling 90 per cent of sharks have died off.

Pleading for generosity, he said: ''Please. I urge all of you to bid as if the fate of the planet depends on us.''