Environmental Activist Leonardo Dicaprio Has Pledged To Make Smarter Investment Decisions To Help In The Fight Against Climate Change. 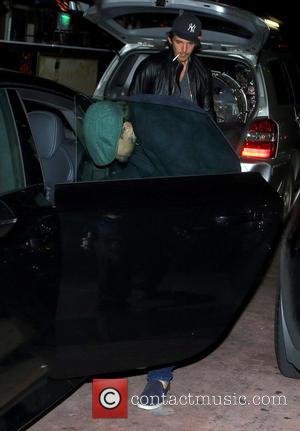 The Wolf of Wall Street star has joined a new campaign aimed at pulling funding for fossil fuel companies in a bid to boost investments in renewable energy sources instead.

As part of his Divest-Invest Coalition vow, DiCaprio will dump his own holdings, and those of his foundation, in traditional fuel firms, joining hundreds of other green campaigners, who together represent a stunning $2.6 trillion-worth of investments in the industry.

The movement, backed by the United Nations' climate chief Christiana Figueres, is designed to put further pressure on world leaders to step up their efforts to fight global warming at the U.N. climate change summit in Paris, France in December (15).

A statement released by the actor on Tuesday (22Sep15) reads: "Climate change is severely impacting the health of our planet and all of its inhabitants, and we must transition to a clean energy economy that does not rely on fossil fuels.

"Now is the time to divest and invest to let our world leaders know that we, as individuals and institutions, are taking action to address climate change, and we expect them to do their part in Paris."

DiCaprio, a U.N. Messenger of Peace on Climate Change, has been a leading celebrity force in the battle against global warning for several years. He previously took part in the People's Climate Change march in New York last year (Sep14) ahead of the U.N.'s environmental summit, where the star addressed attendees and hammered home his message of urgency, declaring, "Now must be our moment for action."