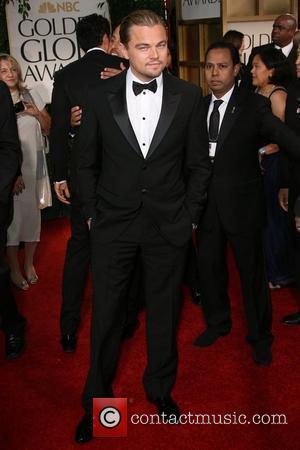 The Academy of Motion Pictures and Sciences have acquired a pair of the ruby red slippers worn by Judy Garland in The Wizard of Oz, thanks to the help of Leonardo Dicaprio. The Titanic actor was the main contributor of a group of donors who acquired the shoes for the Academy's museum, the Hollywood Reporter revealed today (February 22, 2012).

It s thought that the shoes in question were one of four identical pairs used for filming the movie. This particular pair is understood to be the one used for close-up shots - most notably Dorothy's heel-clicking scenes that have become so synonymous with the 1939 movie. Bob Iger, the chair of the capital campaign for the Academy is quoted as saying "The ruby slippers occupy an extraordinary place in the hearts of movie audiences the world over. This is a transformative acquisition for our collection." The Academy's Ceo, Dawn Hudson expressed her gratitude to DiCaprio for his assistance in acquiring the shoes worn by Judy Garland in the classic movie: "Leo's passionate leadership has helped us bring home this legendary piece of movie history. It's a wonderful gift to the Academy museum project, and a perfect representation of the work we do year-round to preserve and share our film heritage."

Prior to Leo rescuing the shoes for the benefit of the museum, they are said to have belonged to the costume designer Kent Warner and other private collections, after they were initially stored in Mgm's Culver City lot for 30 years after the film was released.