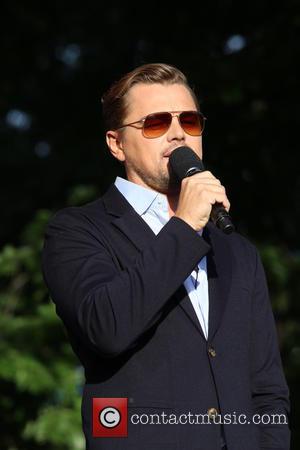 The Wolf Of Wall Street star's Appian Way production company has teamed up with bosses at Paramount Pictures to bring the fraud controversy to the big screen.

Last month (Sep15), U.S. government officials accused executives at Volkswagen of programming their diesel vehicles with illegal software which would intentionally cheat U.S. emission standards, subsequently leading the cars to emit up to 40 times the legal amount for harmful pollutants while on the road.

Chiefs at Volkswagen soon confessed 11 million of the brand's cars were rigged worldwide, and they now face an investigation from German officials as well as up to $18 billion in fines from the U.S. Environmental Protection Agency.

Earlier this month (Oct15), author and New York Times journalist Jack Ewing inked a deal to delve into the controversy with a forthcoming book, and DiCaprio's team will develop that story for the big screen.

No actors, directors or writers for the film have been announced.