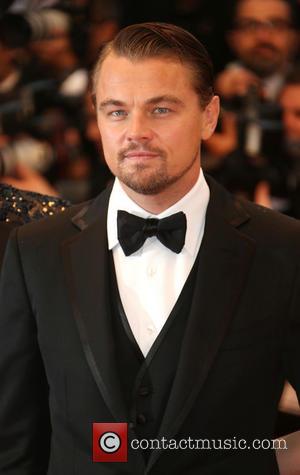 Have you ever woken up an thought to yourself “I want to fly into space with Leonardo Dicaprio?” Let’s be honest, we all have and, at a charity auction at Cannes this week one lucky (and very, very rich soul) made that dream a reality. A bidder at the AmFAR Cinema Against AIDS gala shelled out $1.5 million for the opportunity to sit next to the Great Gatsby star on a Virgin Galactic flight into space. The package also includes the opportunity to spend three days training alongside DiCaprio in Mexico. Now if that isn’t an incentive to give to charity, we don’t know what is.

Interestingly enough, that wasn’t even the most expensive prize at the auction. Two other seats on the same shuttle went for $2.3 million, according to E!News. And then another $2.3 million went for an exclusive package to see DiCaprio’s new movie Wolf on Wall Street. And we complain about the local movie theater upping their prices!

Though the 2 million pricetag is sort of justified, considering that the package included two tickets to the premiere and afterparty of DiCaprio's upcoming drama 'Wolf on Wall Street' and an Oscar weekend that includes a room at the Beverly Hills Hotel, a Chopard watch, tickets to the Weinstein party and attending Elton John's annual viewing bash and Vanity Fair's party with Heidi Klum. That is definitely a long list of perks. A trip with the Gatsby actor will only set you back $1.6 million.