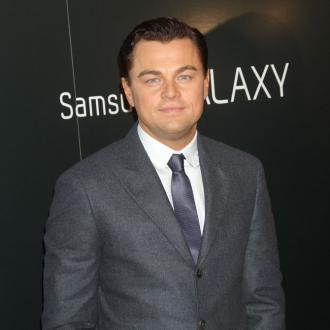 The 'Django Unchained' actor became a regular at The Piper Center for Eternal Wellness in New York where he became a fan of the treatment which is described by the facility as ''a safe, effective method of removing waste from the large intestine, without the use of drugs''.

However since breaking up with Erin Heatherton Leonardo hasn't continued with the treatment.

A source told the Huffington Post: ''Leo was introduced to them by [former] girlfriend Erin Heatherton and goes to The Piper Center for Eternal Wellness on Spring Street. While he was dating Erin, he went four times and was last seen leaving the center on August 22, but hasn't been back since he broke up with Erin.

''Like a lot of guys, Leo took a while to be convinced to try one,'' the insider said. ''It can be very embarrassing, but now that he has had one, he loves it.''

Since breaking up with Erin, Leonardo has reportedly grown closer to his 'The Wolf of Wall Street' co-star Margot Robbie.

He is said to have recently stayed overnight at her apartment in Union Square, New York, and was spotted leaving the 22-year-old beauty's abode the next morning.

A source said: ''He stayed overnight.''

Margot - who plays Leonardo's love interest in 'The Wolf of Wall Street' - joined the 'Great Gatsby' star in Las Vegas for his 38th birthday last month, where the pair spent ''a lot of time'' together.

An eye witness at the time said: ''There looks to be some strong chemistry between Leo and his leading lady. They spent a lot of time at the party together.''