Leonardo Dicaprio says he is always investigating ''weird noises'' in his house but he doesn't think his home is haunted because he doesn't believe in ghosts. 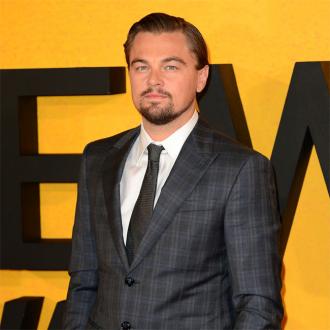 The 39-year-old actor has confessed the last time he was ''truly terrified'' was when he was in his house and was woken by odd sounds coming from another room in his abode.

However, Leonardo doesn't think his house is haunted because he doesn't believe ghosts exist.

Being interviewed on UK TV show 'Lorraine', he said: ''My home makes weird noises at times and I have to get up in the middle of the night and check if there's somebody breaking in ... I don't know, it's like creaking or something, it's weird ghost noises but I don't believe in ghosts so ... it's like the wind or the way it was built.''

Leonardo also went on to talk about what and who makes him laugh.

The Hollywood star can always rely on his mother Irmelin to make him smile, and says she is always mocking him in some way.

He explained: ''My friends make me laugh, my mother makes me laugh. They're just constantly ragging on me, they're constantly making fun of me. My mother says I should lay brick or something like that to, do something with my hands because I haven't been doing any manual labour ... my mother is insulting me all day long so she is the best.''

Leonardo plays scandalous stockbroker Jordan Belfort in his latest movie 'The Wolf of Wall Street', a performance which has earned him a number of award nominations including a Best Actor BAFTA the Golden Globe for Best Performance by an Actor in a Motion Picture - Musical or Comedy.

Although he is thrilled to be recognised for his work, Leonardo - who has been in London promoting the film - insists he's just happy he and director Martin Scorsese got to make the film.

He said: ''To me the fact we even got to make this film is a gift, there are two films that I've really wanted to do in my life and I've worked really hard to make and it's this and 'The Aviator' so it's a great feeling.''