Leonardo Dicaprio Is Suing A Second French Magazine For Printing Supposed Lies About His Relationship With Rihanna. 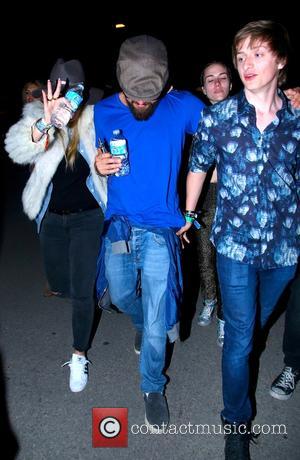 Just weeks after successfully suing bosses at Oops! magazine for falsely alleging the R&B diva was expecting his child, the movie star is now going after the publisher of Crazy!, for reporting he and Rihanna will be "living together" in a front page article.

Ironically, the publisher of both scandal sheets is the same guy, Frederic Truskolaski.

DiCaprio's lawsuit goes on to suggest the publication of the latest story is a "wrongful intrusion into the protected sphere of their (actor and Rihanna) privacy" and the "height of bad faith". According to the documents, the star has already denied a "romantic relationship" with Rihanna, which "the magazine refuses to admit".

In addition to seeking damages and legal fees, DiCaprio's legal representative has asked the Crazy! publishers to print "condemned by request of Leonardo Dicaprio" on the cover of an upcoming issue.