Leonardo Dicaprio To Star With Beyonce In A Star Is Born?

Director Clint Eastwood is trying to persuade Leonardo Dicaprio to join Beyonce Knowles in the remake of 'A Star Is Born'. 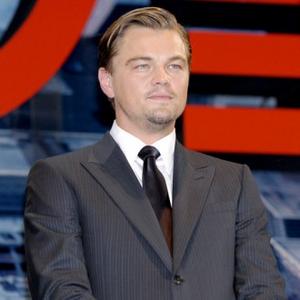 Leonardo Dicaprio could join Beyonce Knowles in the remake of 'A Star Is Born'.

The 'Inception' star is currently working with Clint Eastwood on the biopic 'J. Edgar' but the Oscar winning director is hoping to persuade Leonardo to appear opposite Beyonce in the movie about an aspiring singer who falls for an older rock star, Deadline.com reports.

Will Smith, Robert Downey Jr. and 'Mad Men's Jon Hamm have all previously been linked with the role.

While Leonardo is not known for his singing abilities, Beyonce has previously starred in movie musical 'Dreamgirls' based on a trio of black female soul singers in 2006 and portrayed legendary singer Etta James in the 2008 film 'Cadillac Records'.

Will Fetters wrote The Script for the new Warner Brothers version of 'A Star Is Born' while Bill Gerber, Jon Peters and Basil Iwanyk are set to produce with Clint's producing partner Rob Lorenzo sharing the directing duties.

This will be the fourth remake of the movie, with Barbara Streisand and Kris Kristofferson starring in the most recent version in 1976, Judy Garland and James Mason played the lovers in 1954 while the original featured Janet Gaynor and Frederic March.