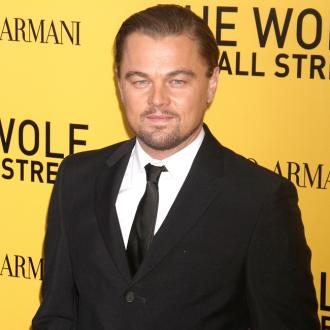 The Oscar-nominated actor plays Jordan Belfort, a stockbroker convicted of fraud, in Martin Scorsese's new drama, but the leading man - who also produced the film - doesn't think the flick glamourises Belfort's crimes, despite some criticism of the movie.

He told Variety: ''This film may be misunderstood by some; I hope people understand we're not condoning this behaviour, that we're indicting it.

''The book [of the same name] was a cautionary tale and if you sit through the end of the film, you'll realise what we're saying about these people and this world, because it's an intoxicating one.

''I think it's amazing somebody like Martin Scorsese is still making films that are vital and talked about, and have an element of controversy about them and are appealing to people of my generation. We grew up watching his films and he's still making stuff that's punk rock. It's an amazing achievement.''

The 39-year-old star also revealed he was inspired to play a corrupt Wall Street banker after the economic decline in 2008 and following public controversies such as the Madoff ponzi scheme scandal.

He said: ''The severe honesty in which Jordan Belfort portrayed a hedonistic time in his life on Wall Street ... it's rare when someone is unafraid to divulge how dark they went. With all these people on Wall Street who've screwed over so many people since 2008, I became obsessed with playing a character who made me understand the mentality and nature of the seduction of Wall Street and greed. I appreciated his honesty.''