Letitia Dean is set to make an ''epic'' return to BBC One soap 'Eastenders', almost six years after she left. 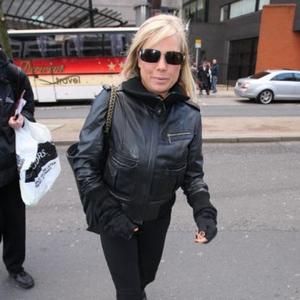 Letitia Dean is set to make a return to BBC One soap 'Eastenders'.

The 44-year-old actress - who is one of the show's original cast members - will take on the role of Sharon Rickman again for the first time since 2006, when she left following the death of husband Dennis Rickman, the son of her adopted father Den Watts.

Speaking about her return, Letitia said: "I'm looking forward to being part of the 'EastEnders' team again. It has always been very close to my heart. I cannot wait to work with my old colleagues and see what is in store for Sharon."

Executive producer Bryan Kirkwood added: "I'm thrilled that Letitia is coming back home to Albert Square where she belongs.

"Sharon is a real favourite amongst 'EastEnders' fans and I for one can't wait until she arrives back in the summer."

Although Sharon was pregnant with her dead husband's baby at the time of her exit almost six years ago, the details of her "epic" return are being kept a closely guarded secret.