Back in my teens, the first music genre I truly fell in love with was hardcore punk, as well as some post-hardcore. While my friends were discovering the likes of Metallica and Iron Maiden, I was vibing like a maniac to Amen and Million Dead. If I saw the Epitaph logo on the back of the CD case, that was enough of a seal of approval for me. Bands like Refused and Glassjaw used to give me a dizzy thrill, but as my musical tastes grew and matured, those hardcore CDs became a little neglected and put back on the shelf. Nowadays, when a media frenzy ensues around a new hardcore band, I always have a little peak for old times' sake, but that original thrill has been replaced by a lesser nostalgic buzz. This is the case with Fake History, Letlive's first album on Epitaph. 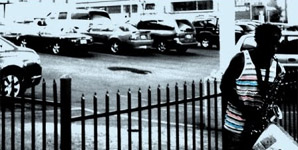 There are some great songs here; for example the dirty riffing of Renegade '86. This song goes from full on thrashing, to juddering along with staccato guitar stabs and a strong rhythm, to sitting on a sludgy, winding guitar riff. Casino Columbus is a dissonant noise-fest, hurtling at break neck pace out of your speakers, before bursting into a chorus that came straight out of the Glassjaw back catalogue. Lemon Party is an almost radio friendly anthem with more in common with Funeral for a Friend than their heavier influences, but with enough swagger and confidence to make sure it stands up with the louder fare on offer here. There is enough diversity on this album to keep it interesting from start to finish.

It also bears mentioning that the musicianship on show here is astounding. Jason Butler handles the screams and the more melodic passages equally well, and obviously has some skill. Some of the guitar work makes you sit up and take note, such as that tasty riff in the aforementioned Renegade '86. The Rhythm section are not bunking off either; some of those drum fills are astounding.

All that being said however, there really is no beating those original hardcore bands from back in the day. Nothing on Fake History holds a candle to the rousing intro riff of At the Drive-In's Once Armed Scissor; The anthemic choruses never quite touch the one that shines so brightly in Glassjaw's Cosmopolitan Blood Loss; it isn't the all-out assault that We Have Come for Your Parents by Amen was, and none of the batshit mental moments stand up to anything Refused did. Ever.

Don't get me wrong, this is a good album, but it wears its influences very readily upon its sleeve and going up against such incredible bands is always going to be a losing battle. However, if the media storm currently surrounding the band can introduce more kids to those old hardcore bands I was so in to, that can surely only be a good thing. 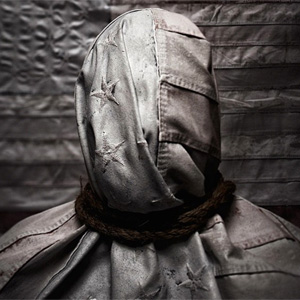