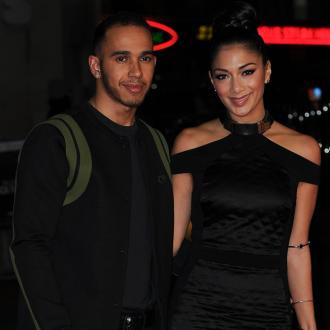 The 'Boomerang' singer - who battled with an eating disorder during her time in chart-topping girl band, the Pussycat Dolls - has revealed that her Formula 1 race car driver boyfriend's encouragement finally made her feel comfortable in her own skin.

She said: ''He made me feel beautiful for who I am not what pant size I'm wearing, and that helped helped a lot. I started to embrace myself as a woman and my curves.''

The 34-year-old singer opened about her struggle with bulimia, admitting that she felt alone despite having five other girls around her during the 'Don't Cha' band's heyday.

She explained to Top of the Pops magazine: ''I just hated myself. I really was so disgusted with myself and so embarrassed. I felt so alone. I was in a group but I never felt so alone in my life.

''I [made myself sick] every day for years. Every time I had a second to be alone, I was doing something to myself. When I got off stage, I was on this high and then I'd come back to my room and be alone, so I would just do things. My bulimia was my addiction. Hurting myself was my addiction.''