Liam Gallagher said he never spent much time with his brother and ex-Oasis bandmate Noel Gallagher when they toured together. 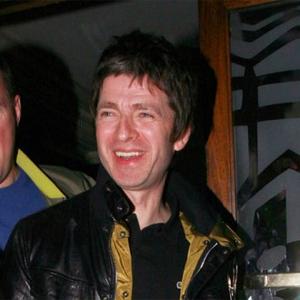 Liam Gallagher said he never hung around with his brother Noel when they were in Oasis together.

The singer insists he and his older sibling never spent any time together when touring as Oasis and insists he has no idea what the guitarist could have been doing in his dressing room after concerts.

He said: "This is the whole myth, me and him never really spent any time with each other. He did the soundcheck, I walked onstage, had it, went backstage, had a drink. He'd go to his room. F**k knows what he'd get up to in there, probably putting women's clothes on."

The 'Whatever' rockers imploded after a fight between the Two Brothers before a concert in Paris in August 2009, and Liam believes the split was inevitable because Noel had already decided he wanted to leave the group.

The Beady Eye frontman added to Uncut magazine: "I've heard his f***ing new record 'cos I f***ing sung on half of it. When I was In America for 'Dig Out Your Soul' he swiped some off because he obviously knew he wanted to do a solo album. So he can talk all the bulls**t about, 'Oh, I was intimidated,' and all that. F***ing nonsense. Behave. He knows. The people know. And I know."