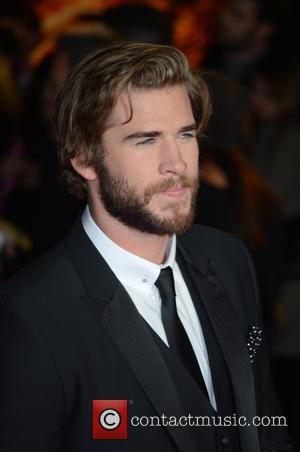 Picture: LIAM HEMSWORTH - Shots from the red carpet ahead of the world premiere of the latest film in the Hunger Games series the 'Hunger Games...

Actor Liam Hemsworth has crossed off one of his bucket list goals by going skydiving.

The Hunger Games star showed off his daring side for a recent interview with a magazine, and he admits it was a dream come true.

He tells U.S. breakfast show Live! with Kelly and Michael, "I was doing an interview for a magazine and they said, 'Do you want to go do an activity?' and I said, 'I've always wanted to go skydiving, so why don't we go do it?'

"It took them a second to find a journalist that wanted to go, but we found someone who wanted to do it. It was funny because he turned up and he seemed pretty calm about it all and when we got out to the top of the jump, you see his face completely change and he's about to go out before me."

Hemsworth found the jump exhilarating, but he was unaware of how the experience would turn out.

He continues, "Everyone thinks it's going to be a really peaceful thing, it's not peaceful. It's like a hurricane hitting you in the face. You jump out, you can barely breathe, you can't think at all and you have no control over it.

"The first time you go, you have to go with an instructor... but in all honesty I was always like, 'I want to do it by myself', but when we did it and he pulls the chute, he has to steer into a grassy patch. If it was me, myself, I wouldn't have hit that patch, I would ended up in the road next to it."