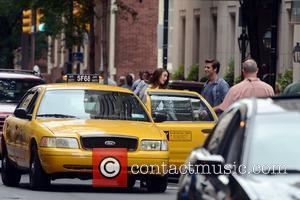 Australian actor Liam Hemsworth has vowed to press on with filming THE HUNGER GAMES sequel despite injuring his knee onset.

Miley Cyrus' fiance twisted his leg last week (ends12Oct12) while shooting on location in Atlanta, Georgia, but he refused to take time out from the project to recover because he didn't want to disrupt everyone's schedule.

He tells USA Today, "I twisted my knee. I try to just fight through it. There's so many people standing around waiting for you to do your thing. You feel sort of obligated not to let everyone down."

Filming on The Hunger Games: Catching Fire began last month (Sep12) and is expected to be released in November, 2013.