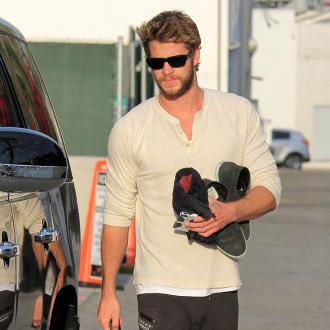 Liam Hemsworth and Miley Cyrus will always be ''best friends''.

The 'Hunger Games' actor was overheard gushing about his former fiancee - who he split from last September after a three-year on/off relationship - during dinner with friends in Portofino, Italy, last week and told pals they will always share a strong bond.

According to an insider, Liam, 24, told his group that he and the 'Wrecking Ball' star would ''always be best friends'' and they had ''an instantaneous and powerful connection.''

The source added to the New York Post newspaper's Page Six column: ''Liam kept raving about how amazing she was, how much they clicked and understood everything about each other.''

And the hunky star went on to tell his friends how Miley had kept many of their shared belongings when they ended their 18-month engagement.

The source said: ''He also said they bought a lot of furniture but he had to leave it behind when they broke up and he got his new place, which was furnished.''

She said: ''When I went through a really intense breakup - you know, I was engaged - and when I was with him or when I was on Disney, the thing that gave me the most anxiety was not knowing what to do with myself when Disney wasn't there to carry me any more or if I didn't have him. And now I'm free of both of those things, and I'm fine.

''Like I lay in bed at night by myself and I'm totally OK, and that's so much stronger than the person three years ago, who would have thought they would have died if they didn't have a boyfriend.''