The Hunger Games Hunk Liam Hemsworth Has Reportedly Struck Up A Romance With His New Movie Co-star Maika Monroe. 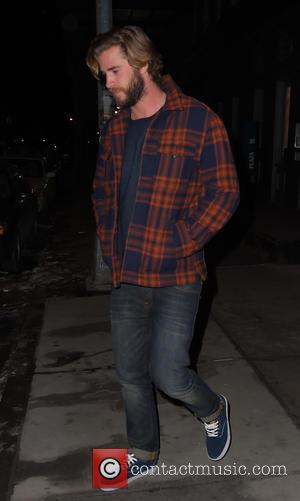 Miley Cyrus' ex-fiance is said to have bonded with Monroe on the set of their forthcoming Independence Day sequel, Resurgence, and they weren't shy about hiding their relationship while attending an Independence Day holiday party thrown by director Roland Emmerich in Hollywood on Saturday (04Jul15).

An eyewitness tells Us Weekly magazine, "His hand was on her butt as she was grinding into him and they were making out at the bar. Liam was draped all over her."

Independence Day: Resurgence co-stars Vivica A. Fox and Bill Pullman were also among the guests at the weekend bash, as well as pop star-turned-TV and radio personality Lance Bass.

After splitting up with Miley in 2013, Hemsworth was briefly linked to former The Vampire Diaries actress Nina Dobrev last year (14).