Liam Hemsworth still hasn't got over the humiliation of having his mother teach the Sex Ed classes at his old school. 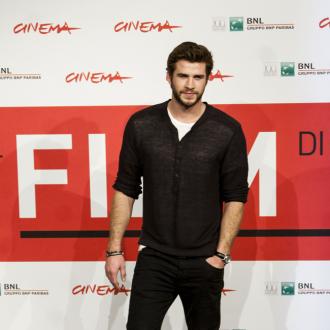 Liam Hemsworth is still embarrassed about his mother being his Sex Ed teacher at school.

The 'Hunger Games: Catching Fire' hunk admits finding out about the birds and the bees with his peers was a truly mortifying experience because his mum used to teach the sexual education classes at his old school in Australia.

Speaking on US chat show 'Live With Kelly and Michael', Liam confessed: ''I was in her class - I would come in for the first part of it and leave half way through.''

When hosts Kelly Ripa and Michael Strahan joked about how awkward that must have been, the blushing star laughed, ''Yeah, a little bit. You'd think it would be, wouldn't it? You have your mom talk about sexual stuff, it's not a class I'd like to be in.''

The 23-year-old actor tried to keep quiet at the back of the class, but recalled one particularly humiliating episode where he had to discuss sexually transmitted infections with his mother.

Liam said: ''I used to put my head down most of the time. We had this one time where we were given out cards of different sexually transmitted infections and you had to stand up and talk about the card and she picked me out of the whole room. It was like, 'Well, I have chlamydia ... thanks for this, Mom. Good class.' ''

The star also revealed he was always the difficult child compared to his older brothers Luke and Chris Hemsworth, earning him the nickname ''triple-6'' for his bad behaviour.

He added: ''I was considered the devil child of the family. My uncles used to call me triple-6. They said they tried to exorcise me at one point.''