Liam Neeson was attracted to exploring family dynamics in 'Wrath of the Titans' and his co-star Sam Worthington believes they are key to understanding the film. 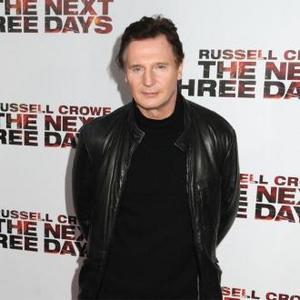 Liam Neeson was attracted to exploring family dynamics in 'Wrath of the Titans'.

The actor plays god of the gods Zeus in the forthcoming sequel - which sees his son Perseus (Sam Worthington) have to rescue him when he is kidnapped by his brother, Hades, lord of the Underworld (Ralph Fiennes) - and says he agreed to reprise the role because of the ''interaction'' with the other characters.

He said: ''The director Jonathan Liebesman always brought it down to the story.

''We knew that there were going to be 280 explosions in this scene but he brought it down to where our characters were in the tale at that moment.

''I just wanted more interaction with my son and my brothers in this one, which I think this script certainly provided. It touches on those dynamics of how Hades became separated from his brother, and on the jealousies that drove them apart. That's all touched on,.

''The father son relationship is one that we can all relate to too, you know? In 'Wrath of the Titans' the dysfunctional family just happen to be gods.''

Liam's co-star Sam also believes the family tale is the most important aspect of the movie.

He told the Irish Voice: ''Liam's right. When monsters attack Perseus looks for his son, not for action. The film is about two estranged brothers coming together to knock out their own father. So it's a family story in the midst of a spectacular blockbuster. If we lose sight of that then we lose the film.''