Liam Neeson has admitted that he is often mistaken for his ''dear friend'', fellow actor, Ralph Fiennes by fans and claims he sometimes spares them the disappointment of correcting them. 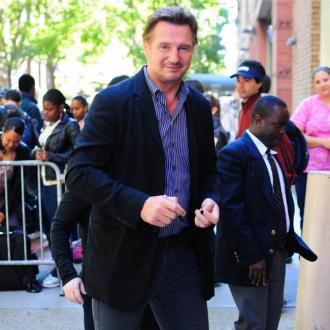 The 'Taken' actor has appeared in a number of films alongside Fiennes including 'Schindler's List', 'Clash of the Titans' and 'Wrath of the Titans' but admits their 'fans' often confuse them for one another.

Neeson - whose wife Natasha Richardson died in a skiing accident in 2009 - admits he doesn't always tell fans they have got the wrong actor and has even signed autographs on behalf of his ''dear friend''.

He explained on an episode of 'The Jonathan Ross Show' airing tomorrow (01.02.14): ''My wife and I were walking through a hotel in Paris passing these two elderly couples. They got up and this lady said 'Excuse me, can I introduce you to my husband and his best friend who landed on D Day 50 years ago...

''I was about to move away and the lady said 'Would you mind signing this ... and as I'm about to write my name she says 'We love The English Patient.' So, I just wrote, 'With love, Ralph Fiennes'.''