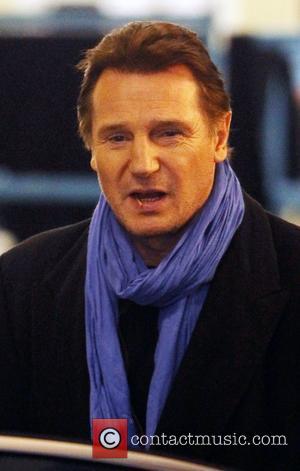 Liam Neeson has spoken candidly for the first time about the death of his wife Natasha Richardson.
LIAM NEESON, the Irish actor whose wife NATASHA RICHARDSON died two years ago after a skiing accident in Canada, has spoken for the first time about the tragic loss.Speaking to the US edition of Esquire magazine, Neeson said his wife's death still hits him when he least expects it, saying, "It hits me in the middle of the night....I'm out walking. I'm feeling quite content and it's like suddenly, boom. It's like you've just done that in your chest". Richardson initially refused treatment after her seemingly innocuous fall on the slopes but was later rushed to hospital, and Neeson says he became frustrated at being denied entry to see his wife, adding, "I walked into the emergency... and for the first time in years, nobody recognises me. Not the nurses. The patients. No-one... and they won't let me see her". The 58-year-old actor says he attempted to cope with the death of Natasha by "running away to work" and since the tragic accident he has starred in numerous movies including 'Chloe', 'After Life', 'The Wildest Dream', 'Clash of the Titans' and 'The A-Team'.
Neeson is set to star in the forthcoming comedy sequel 'The Hangover Part II', in a cameo role initially offered to Mel Gibson. He will also appear in the 2012 movies 'Battleship' and 'The Grey'.