One Direction's Liam Payne Has Spoken Of His "Devastation" Over Splitting From His Girlfriend Of Two Years, Sophia Smith. 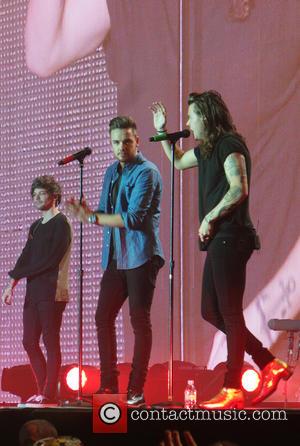 The singer tells the U.K.'s Sun on Sunday newspaper that the strain of being on tour with the boyband ultimately put the nail in the coffin of their long-distance relationship.

Speaking after One Direction's final tour date in Sheffield, England on Saturday (31Oct15), Liam revealed he has suffered heartache over his decision to do the right thing by Sophia.

"I'm absolutely devastated to have split with Sophia. Being on the tour all this year and being away from her was so hard. We spent so much time apart," he explains.

"But in order to do right by somebody sometimes it's better not to do what your heart wants, but to do what's better for them. Right now I'm looking forward to some alone time to figure out who I am and what I want to be."

One The Road Again was the band's fourth tour in as many years, and Liam admits that while they've enjoyed it, he's excited at the prospect of spending some extended time at home for the first time in years.

"Touring has been amazing. I'm really sad for this tour to finish and I'm not sure how life will change now during our break," he tells the newspaper.

"I've been on the road for five years, from my teens to my early twenties. I'm sure it will be strange to be at home after life on the road, but it's a good job I'm such a great cook!"

Liam also announced he will be working with Louis Tomlinson on projects during the band's hiatus from March next year (16), and has a long list of boxes to tick on his 'to-do' list.

"I'm going into music publishing, collaborating and writing songs for other artists," he says. "I'm very excited to see the business from the other side. I feel I have built up a lot of knowledge of the craft of songwriting, so I think this will work really well.

"I still want to work with Louis as he is going into the label side of things, so the two match up perfectly. Hopefully we can develop some great artists together."