Everything about Lianne La Havas seems nice. Nice style, nice coiffed hair and a nice big grin. Though thankfully, her voice matches to create a fresh, different artist that there's definitely space for this year. But don't worry this doesn't make her boring. The perfection around her name makes her the opposite. 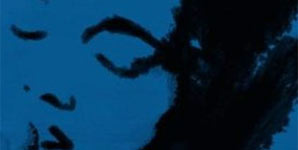 There's a lot of soul in this EP, but it's not a collection of your conventional belters and lip warblers - it's tenderly worked with some feisty honesty. These 5 tracks are brilliant for judging if you like La Havas, if you haven't heard her first EP 'Lost and Found', released last year. There's studio and demo tacks, live track and a Two Inch Punch remix on here, so surely you've got to like one of the braches expanding from the La Havas tree, whatever the type.

'Forget' has a chorus that's as catchy as hell in its juxtaposition between the high pitched dragged out 'forget' and the softer, more contained words 'I'm the person tearing you apart.' The rusty riff and raw beat alters the sweet perception and adds a slight edge, only slight mind. Both 'Gone and 'Same as Me' offer up the beautiful vocal in a calm and collected setting, allowing varied tones to be shown above the cool class of the piano or a few picks of the acoustic. 'Take off your coat of fears' is a personal favourite on the lyric front. 'Gone' also reveals a power to Lianne's vocal that is previously unseen compared to the other songs.

Live track 'Au Cinema' is arguably the best song out of the five. It's her newest track and it is a beauty. Her down to earth nature shines in the opening as she jokes with the crowd. 'Au cinema' is French for 'at the cinema' enjoy! This is met with laughter from the floor and after the song an approving applause is left. It has friendly words and a happy beat, engaging you with the 22 year- old Londoner.

Lianne La Havas has a spectacular voice, which is brought to the forefront of this EP. Lianne is on the way to becoming one of 2012's sounds, the BBC obviously thought she was going to be, having been nominated for BBC's sound of poll. With her debut due later this year, can she prove this? Sure she can, going by this.