Liev Schreiber loves to take a bath with his two young sons as he thinks it is a good way of forming a strong bond with the youngsters. 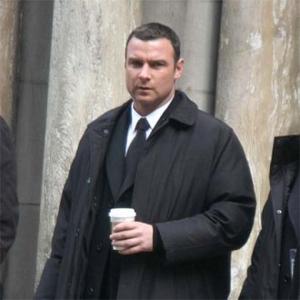 Liev Schreiber loves to bond with his sons in the bath.

The 42-year-old actor - who has three-year-old Alexander, known as Sasha, and 19-month-old Kai with his fiancee Naomi Watts - thinks their nightly ritual is a great way for the trio to develop an even closer relationship.

He said: "Bath time's pretty great - it's fun to take a bath with your kids.

"I'd like to get to Sasha to stop turning the cold water on though!"

Despite their parents' vast wealth, Sasha and Kai shun expensive toys in favour of their favourite game - playing with toilet paper.

Liev explained to People magazine: "I'd like them not to trash the toilet paper roll.

"They use a lot of toilet paper. Unfortunately, they don't really use it to go to the bathroom so we have to try to limit that.

"It's fun to pull a roll of toilet paper around the house, but if you do, try to roll it back up!"

The actor has previously revealed his children had playdates with Angelina Jolie's six kids while they worked on 'Salt' together.

He said: "There were playdates which were amazingly fun! We were playing shoot ups inside the studio, and [our kids] were having squirt gun fights out in the lot."