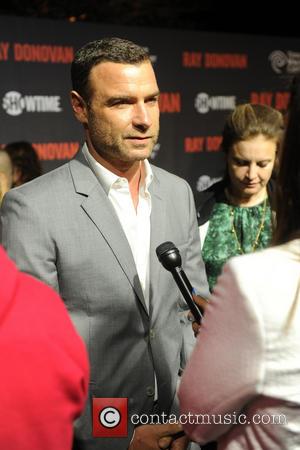 The first incident occurred when the X-Men Origins: Wolverine star visited a gym in Montreal, Canada, where he stepped into the ring with a Ukrainian fighter for a sparring session.

He says, "It was this 24-year-old... Ukrainian kid named Nevo who broke my nose. It was awful. I (was holding my own) for the first two rounds... All these kids were coming up to the ring because they recognised me as Sabretooth from the X-Men movies, (it) totally inspired me to take on Nevo...

"I felt like I got his timing down and it turned out he was timing me and I walked into a straight right hand and I felt my nose crack and my neck snap... and for 40 more seconds I kept fighting. After that round I said, 'That was really great. I don't think I'm going to do anymore.'"

Schreiber returned to Los Angeles after the Canadian trip and while filming his Tv series, Ray Donovan, the actor broke his nose again.

He continues, "We were shooting in this incredibly expensive glass house... and it was a long day and I was tired. I got up from my chair and I was walking with my head down and the next thing I knew, I (walked into a wall). I just (saw) blood exploding."