Liev Schreiber decided to get tattoos of his children's names etched onto his forearms because of a dream he had. 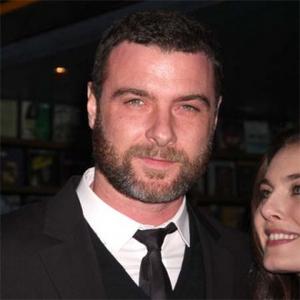 Liev Schreiber decided to get tattoos of his children's names because of a dream he had.

The 'X-Men Origins: Wolverine' star - who has two children , three-year-old Alexander, whose nickname is 'Sasha', and 19-month-old Samuel Kai, with his partner Naomi Watts - got the etchings on the inside of his forearms after having a vivid night time vision of his kids in the future.

He said: "I'm not really a tattoo person at all, but I had this dream that one day I would go to pick them up at college, and I would be there in whatever outfit that a sixty-something man would go to pick up their kids at college with, and we'd get a flat tire, and I would get out and I would change the tire, and as I was changing the tire, the sleeve would come up over my wrinkled skin and they would see their names tattooed on my arms and that would be a big deal to them.

"I thought it would just be a wonderful reminder of how much I love them."

The 42-year-old star also took up scuba diving because of a recurring dream.

Schreiber used to have "vivid flying dreams" and when he made it as an actor he decided to take up the aquatic hobby because he believed it would give him a similar sensation.

He told New York Magazine: "I had vivid flying dreams. And when I first started making a living as an actor, I would try to pursue these things that I thought would be like flying.

"A lot of what I do in my flying dreams is just float above houses, kind of hover very slowly. Very much like scuba-diving."