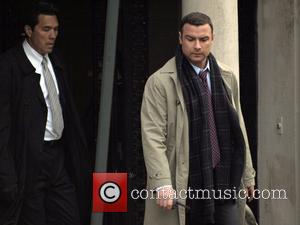 Actor Liev Schreiber cheated death when he was caught up by a riptide while learning to surf off the coast of Australia.
The movie star was holidaying with Aussie partner Naomi Watts when he decided to give surfing a try off the coast of Sydney suburb Tamarama - and it almost killed him.
The 42 year old tells Sydney's Daily Telegraph newspaper he thought he knew how to outswim the riptide - but he was wrong.
He says, "The stupid thing I did was instead of letting the rip take me and my surfboard out and then swimming back around the top, I said, 'I can swim out of this...' I was exhausted."
And the current dragged him to a cove, called MCKenzies, where waves crash against a rock wall.
He adds, "It was like a washing machine. I've never experienced a break like it. It was so quick and strong with no room to get out at the end. The break just picked me up and dumped me in the rocks and wouldn't let me up.
"My leash got tangled around both legs so I couldn't get my legs out to swim. That's when I started sucking down water."
It was his training as a lifeguard in his teens that saved his life.
He explains, "I didn't move my legs and actually rested underwater and waited until my legs untangled and then floated back up. I got nailed a couple of times. But I didn't panic and I was able to swim to safety."