Schreiber Stopped By Cops In Sydney 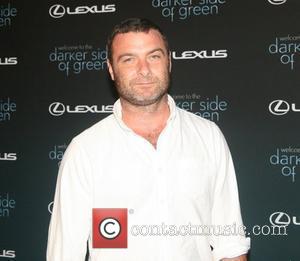 Picture: Liev Schreiber at The Darker Side of Green debate series at The Bowery Hotel New York City, USA - 27.07.10

Liev Schreiber was given an unwanted Christmas present by cops in Sydney on Christmas Eve (24Dec10) - the Hollywood actor was handed a traffic ticket for wearing flip-flops on his motor scooter.
The X-men Origins: Wolverine star spent the festive season Down Under with his partner Naomi Watts, who grew up in Australia, and their two sons.
But Schreiber's pre-Christmas outing to Sydney's Bondi Beach on Friday (24Dec10) came to a halt when he was stopped by police while riding his scooter. The star was handed a traffic ticket for wearing "unsuitable footwear" on the vehicle.