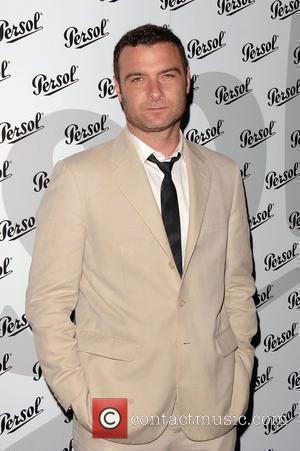 Actor Liev Schreiber is sporting a nasty scar on his face - after a run-in with his two year old son Sasha.
Schrieber has just finished shooting action movie Salt in New York City, but he can't boast he picked up the wound dodging bullets on set.
Instead his son with actress partner Naomi Watts is to blame.
Schreiber tells the New York Daily News "(Sasha) scratched me on Father's Day (21Jun09)".