Review of Siberia Album by Lights

Canadian electro-pop sensation Lights' has in recent months managed to take the Internet by storm, and has caught the attention of fans all over the world. Now, armed with a powerful new full length album, entitled Siberia, the name of which is apparently inspired by an old family quote, the stage looks like it could be set for Lights to continue wowing worldwide audiences and shoot straight to electronic-pop-based stardom. 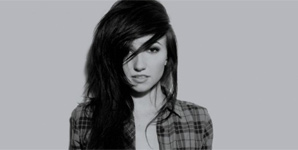 Siberia screams one thing - bigger, better, more mature and more anthemic than before. Lights has gone into overdrive to create popular, catchy, sing along electro-pop, with a much more 'real' feeling to it than previous releases. It's an album that one can take seriously, sing along and just generally enjoy listening to. Lights also seem to have jumped on the popularity of the dubstep genre, with some dub-based aspects rearing their heads throughout the album as a sort of salute in its direction.

Musically, it might suffer from a small amount of repetition inherent to writing electronic music, so there's not much than can be done here. Lights overcomes this by putting slower, less thudding-bass-orientated and more melody-based songs next to some of the more intense ones, giving the impression of a constant chop and change in pace, so the repetitive nature of electro-pop is masked and the interest of the listener maintained. It's repetition that's masked quite well, actually.

The obvious comparison to other electro-pop artists like Owl City can still be made, which is slightly unfortunate. This seems to be inherent to the genre, as they all might sound similar but in actual fact Lights' voice works better with the music than the auto-tuned tones of Owl City, it seems to fit in with the music in a more coherent and structured way. Auto-tune is more sparingly used here, as an added effect, rather than a staple backbone of the album, which is pleasant to hear. It might better to make the comparison, vocally, to some material by Ellie Goulding, if the latter was to make more electronic sounding music than she actually does.

Overall, it's a more mature, developed and thoughtful release from the Canadian electro-maestro. Lights is quickly growing as an artist as her popularity dramatically increases, by clearly incorporating more aspects into her music, to demonstrate her reaction to her reception with her previous releases. This album is sure to at least maintain the popularity that she already had, and it seems almost certain that it's going to increase her fanbase a lot. Aside from the slight issues inherent to her genre; repetitiveness and the issues surrounding writing songs that all sound different, it deserves a good 8/10.