The rapper showed off her new look in a series of Instagram selfies.

Lil Kim has shocked fans by showing off her dramatic transformation in a series of Instagram selfies. The 41-year-old rapper, whose appearance has changed a lot over the years, was pictured with blonde hair and appeared to have lighter, more taut skin.

Lil' Kim Vs. Nicki Minaj - Their Feud, And Why It Needs To Stop

Lil' Kim is coming at Nicki Minaj again with a couple of new diss tracks.

Not like anybody is keeping score at home, but the feud between Nicki Minaj and Lil' Kim just picked up some steam again. Another war of the words, female rap mogul LIL' KIM is taking shots yet again at Minaj, but this time its gone too far. Lil' Kim didn't say anything out of the usual - it's just at the point now where it's past embarrassing, and somebody needs to tell the woman to stop. Lil' Kim is adding fuel to the fire yet again

Before this recent spat, what was the current status of the feud, and what was the reason for it in the first place? Ever since Minaj hit the music scene, she was subject to comparisons to other female rappers before her, but it wasn't until the 2008 mixtape, Sucka Free, that Lil' Kim started to take notice. "If you are going to steal my swag, you gonna have to pay," Lil' Kim said in regards to Minaj's early rise to success. Very intimidating. Minaj's alleged response to Kim's "copying" allegations was in her song 'Roman's Revenge' - a track off her wildly success debut, Pink Friday. Eventually, Lil' Kim fired back with more than just words - she put her disses out in the form of a mixtape in 2011 entitled Black Friday, which allegedly sold 113,000 copies in the span of a day on PayPal. Kim said that these sales made her the number one seller on the website, a claim which PayPal then denied because they don't keep track of sales. Cringeworthy.

Continue reading: Lil' Kim Vs. Nicki Minaj - Their Feud, And Why It Needs To Stop

The 39 year-old recording artist really does think her newly-born baby girl is a princess!

Lil Kim has become a mother for the first time.

And it seems the newborn is already a princess!

Lil Kim "Thrilled" To Be Pregnant But Vows To Remain "Hardcore"

Lil Kim made the pleasant surprise of announcing her pregnancy in New York City on Wednesday (Feb 12th).

It became pretty clear that the 39 year-old was pregnant when she hit the New York Fashion Week sporting a rather large baby bump.

She then addressed this while onstage at the Blonds Fashion Week after-party, singing 'Lighter's Up,' in a tribute to Biggie Smalls.

Continue reading: Lil Kim "Thrilled" To Be Pregnant But Vows To Remain "Hardcore"

By Lauren James in Lifestyle / Showbiz on 13 February 2014

The rapper looked terrific as she was carried into a NYFW show.

LIL' KIM is pregnant! The rapper made it clear for all too see when she turned up at The Blonds show during New York Fashion week. The 39 year-old singer styled up her very obvious bump with a neon pink fur coat, Hello Kitty boots, a busy, skin-tight, print dress and tons of jewels. Lil' Kim Is Pregnant, As Confirmed By An Appearance At New York Fashion Week.

Lil' Kim took to the stage during the show's after party where she said "I'm a mom, but I can turn it up a little!" before she broke into her performance of 'Lighters Up.' "I'm so excited! I'm a few months along, I can't wait to be a mom!" she confirmed to Us Weekly. The hip hop star also vowed that she won't be slowing down or taking it too easy whilst she's pregnant, saying "I'm still going to work, I'm still going to be hardcore, the baby has made me even more of a beast!"

The Blonde Wig Has Been Off For A While, But Miley Cyrus Put On A Purple One To Channel Her Inner Lil' Kim This Halloween

By Victoria Pavlova in Lifestyle / Showbiz on 31 October 2013

Happy Halloween! Let Miley Cyrus give you some costume inspiration.

Last year it was Nicki Minaj, this year it’s Lil’ Kim – can you spot the pattern in Miley Cyrus’ Halloween costumes? Miley does seem to be taking some cues on attitude and performance from the hip hop divas, so it makes sense that she’d want to dress up as them for Halloween. There was that saying about imitation and flattery after all.

The borderline NSFW look was still one of the better ones we've seen this year.

Once upon a time, the most shocking thing on television was not Ms Cyrus’ latex-clad form, but Lil’ Kim herself. During the 1999 VMAs (because of course it was the VMAs) the rapper set tongues wagging and prompted thousands of concerned citizens to write Angry Letter with her infamous purple pastie covering the bit of skin that still remains too scandalous to show on television (but only if women do it.)

Continue reading: The Blonde Wig Has Been Off For A While, But Miley Cyrus Put On A Purple One To Channel Her Inner Lil' Kim This Halloween

Sure Miley Cyrus has come in for some pretty heavy criticism over the past couple of months - some of it deserved, some of it not so much. However, one thing we can't accuse ol' Miley of being is uninteresting and - to a certain extent - unoriginal. With every celebrity seemingly dressing up as Miley for Halloween, everyone's favorite, or least favorite twerker, decided to try something a little different this year.

In fact, Cyrus went back into the history books of the MTV Video Music Awards - the scene of her fateful twerk with Robin Thicke - to find inspiration for Halloween 2013. In those dusty tomes she came across Lil Kim and her famous pink jumpsuit and pasty that made waves at the 1999 awards ceremony.

Will we get to see the real Miley or will it just be more twerking and tongue-pulling?

After Miley Cyrus' interview in the October issue of Rolling Stone was released online, the world saw a different side to the latest pop sensation with her wild attitude and outlandish dance moves. Sure, she was still pretty off-the-wall with her skydiving, all night parties and tattoos but rays of wisdom and an industry shrewdness permeated through her twerking public image and painted a 20 year-old star wiser than her years yet loving the spotlight last month's MTV VMAs afforded her.

Miley's Recent Media Spotlight Will Be Documented In Miley: The Movement.

Cyrus' performance at the awards ceremony and her subsequent raunchy music videos and performances have landed the former Disney star a whole lot of scorn and bad press, to the extent that British Prime Minister David Cameron has branded the singer as "a bad influence." Miley has admitted that she didn't expect the reaction to be so strong, though has openly questioned why the same spotlight hasn't been cast upon her co-performer, Robin Thicke. 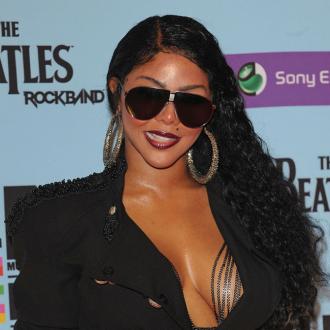