Lil Wayne filmed in high spirits just a few hours before being hospitalized by seizures. 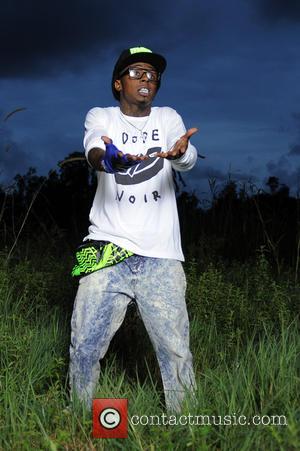 Picture: Lil Wayne - A spokesman for LIL WAYNE's record label has confirmed the rapper has suffered a seizure, but his aides are playing down reports...

A video of Lil Wayne just hours before he suffered multiple seizures has surfaced showing him in high spirits whilst on the set for Nicki Minaj’s latest video shoot. Just hours later the 30 year old rapper was struck down by a seizure and admitted to hospital, he was released shortly after but suffered a relapse the following day and was admitted the Cedar-Sinai Hospital in Los Angeles. Although being in a critical condition for a while Lil Wayne was thankfully given the all clear and allowed to return home on Monday 18th March.

Minaj was shooting a video for the next single ‘High School’ taken from the album "Pink Friday: Roman Reloaded - The Re-Up”.  The single is a collaboration with the Young Money mogul Lil Wayne who also appears in the video promo. During the behind the scene footage Minaj suffers from a catastrophic double nip slip wardrobe malfunction in one of the many swim suits she dons for the filming.

Nicki Minaj has recently revealed she will be back in the studio to produce her next album whilst filming the upcoming series of American Idol.