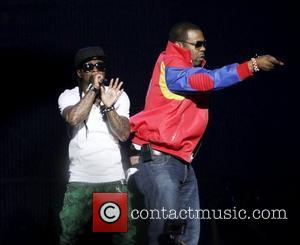 Picture: Lil Wayne and Busta Rhymes performs at the Lil Wayne ' I Am Still Music' Tour at the Nassau Coliseum in Long Island New...

Lil Wayne, aka Dwayne Michael Carter, Jr gave an impressive performance to over 14,000 fans last night at the Palace, The Detroit News reports. This is the inaugural tour following Carter's imprisonment in 2010 for various weapons and narcotics charges. He was sentenced to a year, which he served in Riker's Island and was released in November 2010 after serving 8 months.

The all-star Tour is called 'I Am Still The Music.' Last night featured appearances from Young Money co-horts, as well as a 30 minute set from NICKI MINAJ. According to Detroit News the tour is reportedly 'one of the most elaborate touring hip-hop shows in memory. The three-tiered set was built like the set of "Hollywood Squares," and gave Wayne and his team of dancers plenty of room to move around and roam in and out of the various "rooms" on stage.

This tour coincides with the release of new single 'John (If I Die Today),' which came out last week.

It precedes the anticipated release of Tha Carter IV, which will finally be available on May 16.