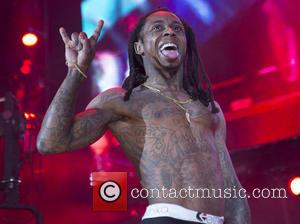 Bosses at an aircraft rental company in the U.S. have launched legal action against rapper Lil Wayne, accusing him of failing to pay his jet bills.

In documents obtained by Courthousenews.com, the firm's lawyers write, "As with many such artists, Mr. Carter appears to enjoy the finer things in life: expensive cars, a mansion in La Gorce Country Club on Miami Beach, and private aircraft travel for himself, his agents, and members of his entourage, to worldwide destinations of his choice.

"Naturally, the enjoyment of such luxuries is not free, and Mr. Carter and his putative Florida limited liability, defendant Young Money, have failed to live up to their obligations and now owe plaintiff, Signature Group, over one million dollars in fees and charges relating to Mr. Carter's jet-setting around the globe on private aircraft leased to him by plaintiff."