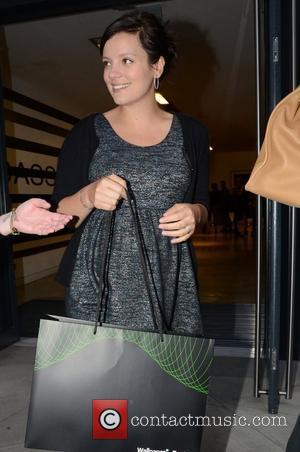 Lily Allen, the 26-year-old British singer-songwriter, has blasted reality singing contest The X-Factor for broadcasting an audition by a 54-year-old widow from South Wales who she claims was "clearly ill". Allen has joined mental health charities accusing X Factor bosses of exploiting Ceri Rees.
The woman, who received her fourth rejection in six years, sang an excruciating version of Whitney Houston's 'I Will Always Love You' and was promptly heckled by the audience and told she couldn't sing by the panel of judges. After 11.5 million people had tuned in to watch the show, Allen tweeted, "Kerry (sic) from Bridgend, they shouldn't have aired that audition, she's clearly ill". Although it is not clear whether Ceri suffers from mental health problems, she appeared unstable on stage and was clearly unable to sing in tune or in time. Television presenter Lorraine Kelly echoed Allen's comments, saying, "Uncomfy to watch ceri on x factor, she's a poor wee soul", while Richard Madeley said, "They're crossing the line here. Bad" Producers of the show played the famous 'Jaws' theme tune as Ceri look bewildered and angered by the judges verdict of her audition - Louis Walsh told her, "You're definitely not going to be a recording artist". Mark Davies, director of communications at Rethink Mental Illness said, "While we can't speculate on Ceri's mental health, she does appear vulnerable and it was clear she'd been set up to fail".
Lily Allen, a long-time critic of reality singing contests, is currently on a musical hiatus after marrying husband Sam Cooper in 2011.