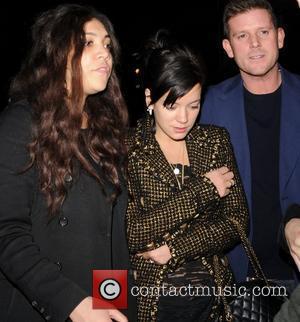 British singer Lily Allen has defended Peaches Geldof following scathing reviews of the socialite's new TV chat show, insisting critics should "give her a break".
Bob Geldof's daughter made her hosting debut when she launched new U.K. programme Omg! earlier this month (Mar11).
The show has been met with mixed reactions, with some critics slating the format as "shockingly bad".
One unimpressed fan wrote to Allen on Twitter.com, "Lets (sic) hope that Omg show becomes 'canned Peaches' very soon... lol (laugh out loud)."
But instead of condoning the comments, Allen responded by slamming the user for making the suggestion.
She writes back, "You sound very bitter, give her a break. She's not hurting anyone... Why would you want that? You must be jealous."