Lily Allen's husband Sam Cooper surprised her with a beautiful bunch of flowers this morning (11.09.12) for no reason other than that he loves her. 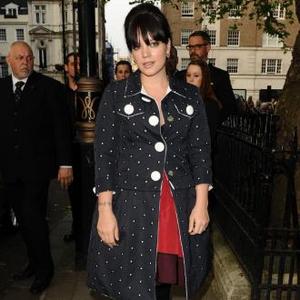 Lily Allen's husband surprised her with flowers this morning (11.09.12).

The singer - currently pregnant with her second child - was impressed by her partner Sam Cooper when he sent her a beautiful, fresh bunch for no reason other than to show his love for her.

Lily - who is also known as Lily Cooper - tweeted: ''Aaaah, my husband just sent me flowers. No reason. I love him.''

The 27-year-old pop star has had a hard time recently, having to deal with a bad bout of jetlag at the beginning of this month following a flight back from the US, where she made her live comeback, performing a duet of 'True Love' with Pink at a secret show at Sony Studios.

In a series of tweets, she wrote: ''I just want sleep. still can't sleep. When does jet lag stop being jetlag and start being just plain old insomnia ? #5thnightofthiss**tinarow. (sic)''

She later added: ''jetlag is turning me sour. im becoming more and more like Charlize Theron in Young Adult as The Days go by. with less height and considerably less sex appeal. im actually loosing it (sic).''

Lily - who has 22-month-old daughter Ethel with Sam and is almost six months pregnant with her second baby - was praised for her comeback performance with Pink, and was pleased to finally hook up with her in Los Angeles.

A source said: ''It was the first time they'd met, though they've spoken on the phone and emailed before. They're huge fans of each other's music, so Lily was thrilled when Pink asked her to get involved with her new album.

''They were comparing notes about parenthood, too, as both their daughters are about the same age, and had a lengthy discussion about prams.''