Lily Allen Confirms Herself for Glastonbury 2014, But Who Will Headline?

Lily Allen is heading to Glastonbury, but who will be joining her? 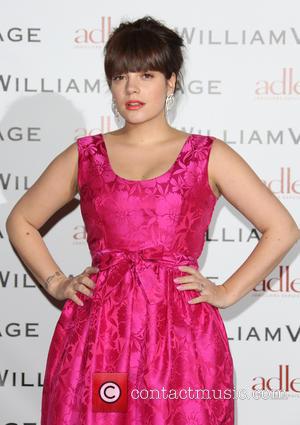 Lily Allen is the first major act to confirm an appearance at Glastonbury Festival 2014.

The singer, who made her comeback with new single 'Hard Out Here,' confirmed the news on Nick Grimshaw's Radio 1 Breakfast Show on Tuesday (November 19 2013).

"It got confirmed yesterday," she said, "I'll be doing 16 weeks of festivals over the summer and then tour." Lily said Glastonbury would be her first "big" gig of 2014 and added: "It's the best festival, I think - that, and Fuji Rock in Japan,"

Allen's comeback has not been without its controversy - the video for her single appears to poke fun at highly sexualised promo clips by the likes of Miley Cyrus and Robin Thicke, though some commentators accused it of racism, something the singer refutes.

"If anyone thinks for a second that I requested specific ethnicities for the video, they're wrong," she said, saying that the video was partly inspired by how close she came to havng extensive plastic surgery to get rid of her "mummy tummy." "Nobody's immune to the pressure to look thin," she told the Observer Magazine.

The headliners for Glastonbury Festival 2014 remain shrouded in mystery. Organiser Michael Eavis claimed all three had never played the festival before, though this can almost certainly be discounted given his track record.

Last month, his daughter Emily Eavis revealed that she is close to securing the first two headline acts and has "a few options" for the final spot.

"We are away in Cornwall this week and I've just been talking to an agent on the phone on the beach in the rain about one of our headliners!" she told NME. "We're definitely getting close to securing two and there are a few options for the third. It's annoying really as there are lots of great bands touring next year and we'd love to have them all. But rest assured, it's going to be one hell of a show - maybe even the best yet"

Dolly Parton appears to be a certainty for the "legends spot," though the headliners is a little more difficult to predict. Fleetwood Mac have long been rumored for a spot, while the return of Elbow could see Guy Garvey's men take another slot. Arcade Fire, Foo Fighters and Prince are all possibilities.

Who do you think will headline Glastonbury 2014?