Lily Allen: 'I Am Determined To Prove Critics Wrong'

British Pop Star Lily Allen Has Assured Fans She Is Working On New Music Amid Reports Suggesting She Is Suffering A Career Slump. 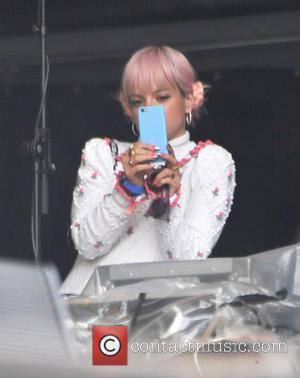 The Smile singer has split from the management team she hired following the release of her 2014 album Sheezus, which was hailed a flop by many critics and fans.

The news, which follows unconfirmed rumours suggesting her marriage to Sam Cooper is on the rocks, sparked reports Allen is in the midst of a personal and professional crisis.

However, she has now reached out to fans in a bid to silence her critics, and hinted she has new music on the way.

In a series of posts on Twitter.com, Allen writes, "I'm not entertaining the absolute rubbish... Rest assured, I am fine, very in control of my life, (music) on the way... The harder you push me the more determined I am to prove you wrong."