Lily Allen: I starved myself ahead of videos

Lily Allen has confessed she has ''starved herself'' ahead of video and photo shoots to look slim but she refuses to succumb to the pressure of looking perfect any more. 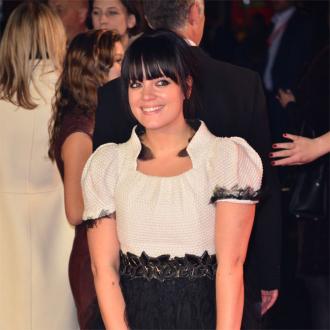 Lily Allen used to starve herself before photo shoots.

The 'Smile' hitmaker - who has daughters Ethel, two, and 13-month-old Marnie with her husband Sam Cooper - has previously admitted to suffering from an eating disorder and has confessed she would avoid eating food before a big magazine or music video shoot in the past.

Lily has conquered any insecurities she may have had about her figure and now embraces her body for what it is.

In a revealing interview in the new UK issue of ELLE magazine, she said: ''I felt quite brave shooting the 'Hard out Here' video. In all my past videos and photo shoots I've starved myself for days to get into what I felt was a good enough shape. But in this one, I was wearing leggings!

''And a skin-tight T-shirt and a bra over the top - you can see the bulge! It wasn't necessarily pretty, but I felt very strongly that I wanted to do that. Because I'm a woman now, and I have two babies, and I don't want to hide it.''

Lily refuses to confirm to the perception of what a pop star should be or what a woman should look like and won't compromise spending time with her children for the sake of a toned stomach.

The 28-year-old singer explained: ''I could be skinny if I wanted to, by exercising a lot, and I just don't have the time right now. Every second I'm not working I'm spending with my children. For me to take another extra hour and a half out of my day to get thin, I'm not doing it.

''Without being the 'I love my body, because my body gave me my children' cliché. It's hard. It's hard to go back to being a pop star. Beyoncé touches upon it in 'Pretty Hurts', on her new album. It's difficult to keep up and try to be perfect.''