Lily Allen's mum is worried about her 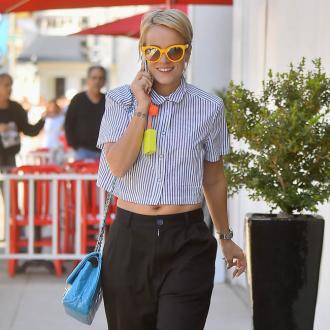 Lily Allen's mother is worried about her.

The 'Not Fair' singer - who has daughters Ethel, three, and Marnie, two, with husband Sam Cooper - has caused a stir in recent months with her wild partying, and now her mum Alison Owen is pleading with the star to ''sort herself out.''

A source said: ''Her family are worried - particularly her mum. Alison is incredibly proud of Lily but feels responsible for her extreme DNA. Her dad, Keith Allen, was a notorious partier and he and Lily are very similar.

''Alison has often urged Lily to try to sort herself out. But Lily doesn't seem to be listening to anyone.

''She doesn't care what people think and she thinks she's got the moral high ground because she refuses to be a hypocrite and pretend to be something she isn't. It's why she's always been so outspoken about drug use.''

Lily's husband Sam, whom she married in 2011, is also concerned for his spouse but feels in a ''difficult position'' because she needs to work and doesn't seem to be able to do so without embracing a party lifestyle.

The source told Grazia magazine: ''It's not good. Sam is in a really difficult position. Financially, Lily needs to work and they both know it, which is why she went back to music.''

The insider added: ''But if Sam thought she could be a musician without being a total party animal, he was wrong. For Lily, it's always all or nothing.''